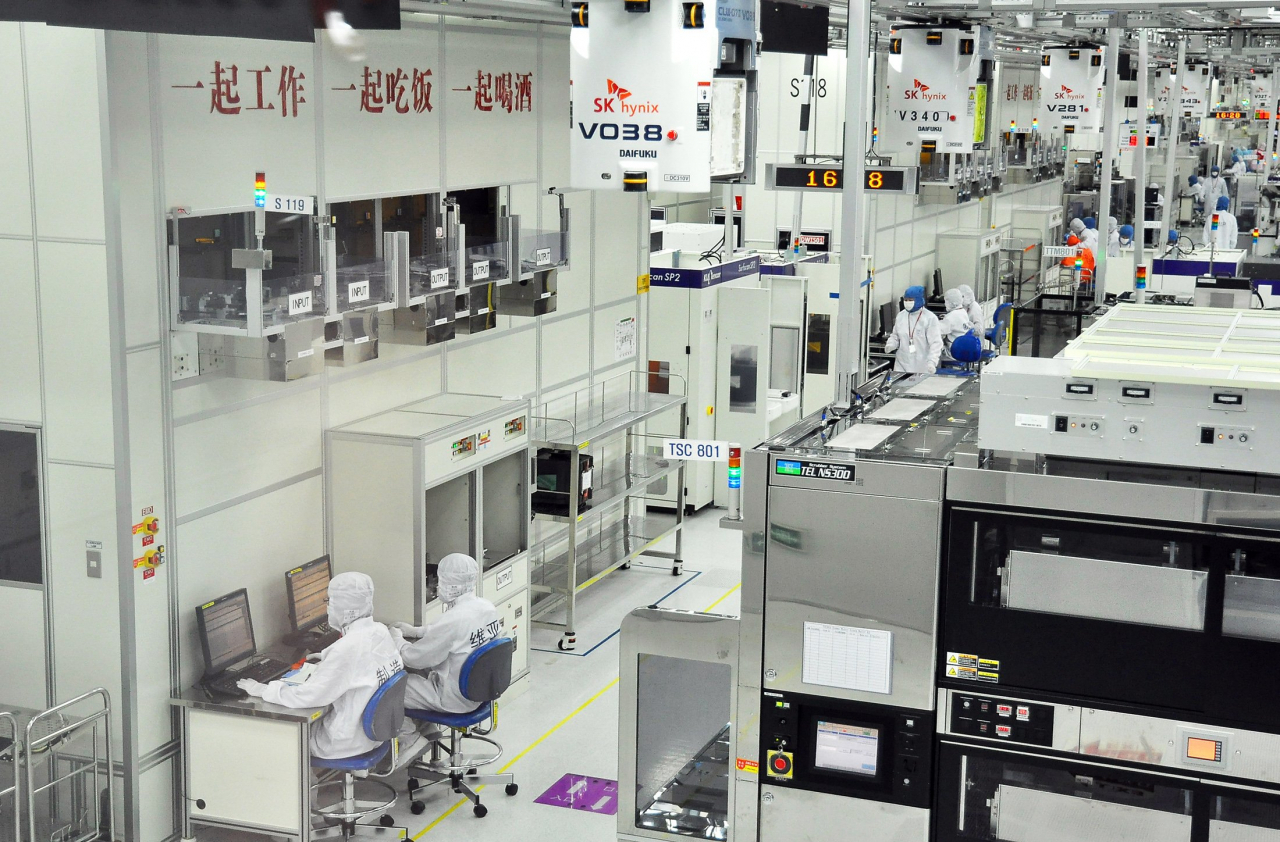 Amid a chaotic mood building among Korean chipmakers operating fabrication plants in China over Washington’s chip export curbs on Beijing, a South Korean lawmaker said Sunday the companies are unlikely to be hurt, as the US would take some time to see to how the repercussions of its actions play out through the global supply chain.

“(US authorities) are unlikely to be harsh in export controls on semiconductor equipment going to Korea-owned facilities, because the extent of (repercussions from such actions) in the global value chain is not clear yet,” said independent Rep. Yang Hyang-ja, a Samsung Electronics executive-turned-lawmaker who floated a bill to boost tax incentives for Korean chipmakers in August.

“From the US standpoint, the US will unlikely sanction the facilities in a way that could affect the supply chain of its own chipmaking industry,” she said, referring to some of products made in Korean chipmakers’ China factories destined for use outside China.

Effective immediately Friday, imports of US advanced semiconductor manufacturing items for China-based chip plants operated by the Korean memory chip powerhouses will be reviewed and decided on a case-by-case basis.

The export controls are to be in effect when a China-based facility tries to buy US-made equipment for DRAM memory chips of 18-nanometer or more advanced nodes, as well as NAND flash memory chips with 128 layers or more, among other specifications.

The Industry Ministry on Saturday raised a need to “minimize uncertainties” through dialogue with US export control authorities, although the US announcement will “unlikely cause a major problem in (Korean chipmakers’) procurement of key semiconductor manufacturing equipments.”

The government touted US actions as a “exemptive relief” for Korean chipmakers, on the premise that the US cannot ignore the “significance” of Korea-owned chip plants in China in the global semiconductor supply chain.

Talks are to be held through a working group under the ministerial-level supply chain and commercial dialogue between Korea and the US, according to the government.

Despite hopes that access to key equipment required to manufacture advanced computing chips could be normalized, Yang said that parties concerned — the government, the presidential office and corporations in Korea — must be engaged in close cooperation with US authorities to talk Korean chipmakers’ way out of the restrictions.

“Korean chipmakers will be less comfortable than before as a result of the export control against China, so we need to be watchful over what the guidelines for ‘the case-by-case basis’ review would be,” Yang said.

This comes amid pessimistic views that Korean chipmakers might be on a rocky road to deal with their own supply chain issue for China fab plants.

The US chip export curbs on China are a portent of Korean chipmakers’ harsher environment for its Chinese operations, given the US’ intensifying push to slow the development of its archrival’s semiconductors industry. Earlier in August, the US Commerce Department established an export control against China on electronic computer-aided design software used in cutting-edge chip design.

“A hope for exemption could be an illusion to Korean chipmakers,” said Kim Yang-paeng, a senior researcher at the Korea Institute for Industrial Economics and Trade.

SK hynix said in a statement the company “is ready to make its utmost efforts” to get the US government’s license and vowed to work with the Korean government and keep the operation of chip plants in China undisturbed, while still complying with the international order. Samsung Electronics declined to comment on the matter.