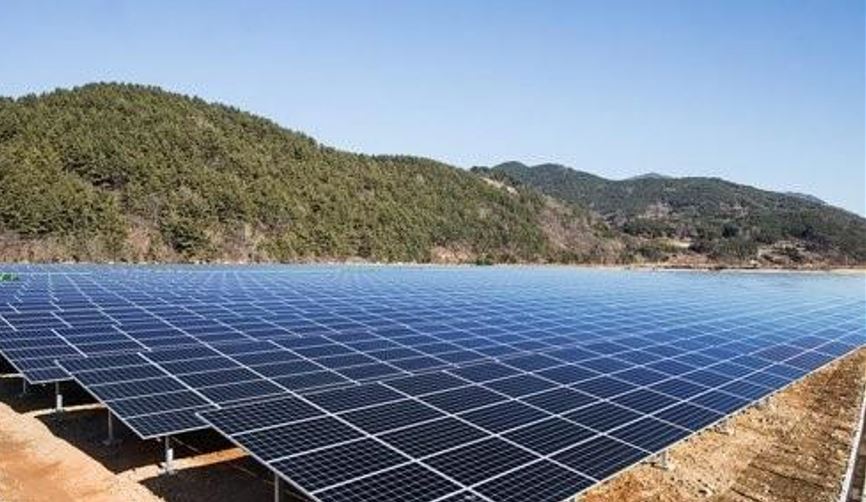 SEJONG — Unlike carmakers in South Korea, local producers of solar energy-related items will possibly enjoy benefits from the US Inflation Reaction Act which has strengthened regulations on Chinese products, a Seoul organization representing exporters said Monday.

According to a report from the Korea International Trade Association, Korean producers’ share of US imports of solar cells surged to 47.8 percent in 2021, compared to 1.9 percent in 2011.

Over the corresponding 10-year period, the share of Chinese solar cell products shrank sharply from 42.6 percent to 0.2 percent in the US.

The result was attributed to regulatory rules — such as imposing additional tariffs and restricting the import tallies — against solar energy-related items produced in China, which started in 2012, the report said.

The situation was similar in the imports of solar modules, which are panels composed of dozens of solar cells.

While Korean solar modules grabbed 7.6 percent of the US import market for the item in 2021 compared to 1.1 percent in 2011, the portion of Chinese modules plunged from 59.1 percent to 0.4 percent.

Further, this year the US started to block imports of solar modules, which were made from manufacturing parts produced in Xinjiang province, China, which is a dominant producer of polysilicon — the raw material to produce solar modules.

The US reportedly claimed that the sanction was due to compulsory labor in Xinjiang.

The KITA report pointed out that a provision in the IRA stipulates an extended tax credit for businesses investments in solar energy facilities. It said a newly adopted provision also stipulates tax credits for polysilicon, solar cells and modules per certain amount of products.

The report also mentioned that the US has been looking into the allegation that China had sought to circumvent export controls by exporting solar energy-related items via third countries in Southeast Asia.

If the circumvention is proved, there is a possibility that the US will levy tariffs on products made in the Southeast Asian nations, the report said.

Under such a scenario, Korean producers of solar cells and modules could further expand their market share in the American market, it forecasted.