Watchdog vows to complete inspection of troubled funds by next year 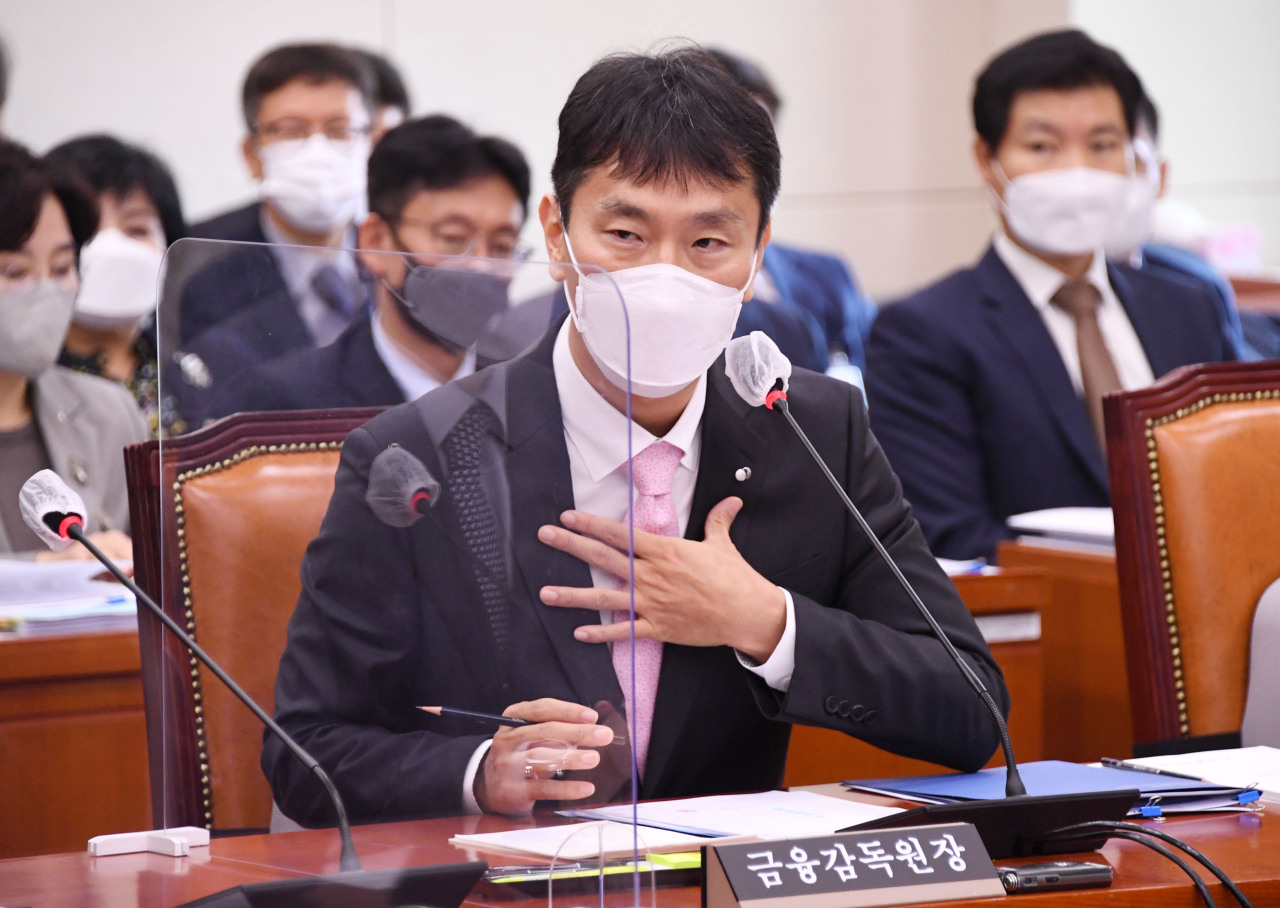 The head of South Korea’s financial watchdog pledged Tuesday that he will complete an inspection into the troubled funds and products that led to investors suffering hefty losses in recent years.

The vow follows public criticism that the Financial Supervisory Service failed to screen and prevent fiascos including Ponzi schemes carried out by hedge funds and local financial institutions in recent years. The FSS has yet to decide on the reimbursement plans regarding the troubled 2019 German heritage derivative-linked securities, with 2,000 Korean victims and the frozen asset amounting to 520.9 billion won ($362.9 million). It drew ire from its victims, as the FSS has already ordered the institutions that sold other similar troubled products around the time to compensate its victims.

“We plan to complete an overall inspection into the troubled funds by the end of next year,” FSS Gov. Lee Bok-hyun said in a parliamentary audit.

“A separate team is looking into the general issues of private equity funds here,” he added to lawmakers.

On the delay on the decisions surrounding the German heritage DLS, Lee cited the difficulties of acquiring documents from overseas.

“There were obstacles in acquiring some documents from overseas and there were delays due to the prosecutors’ ongoing probe into the product,” Lee explained.

“We plan to closely review the German heritage DLS and will report our management plans on how we operate our dispute settlement committee,” he added.

The German heritage DLS, based on debt sold by German real estate developer German Property Group, initially pooled a total 530 billion won from some 2,000 Korean investors. Assets worth 520.9 billion won were frozen around July 2019 after the German government refused to greenlight the projects tied to the product.

The banks and brokerages that sold other troubled products tied to the 2019 DLS and derivatives-linked funds case — resulting in damage worth 445.3 billion won and a 1.6 trillion won Ponzi scheme by now-defunct hedge fund Lime Asset Management from late 2019 to early 2020 — have completed the reimbursement ordered by the FSS, the firms said earlier.

Sales of DLS in Korea noticeably fell last year as investors turned away from the high-risk, high-return products as the reports of hefty losses grew, data released earlier this year by the FSS showed.

The combined value of equity-linked securities and DLS fell 4.3 trillion won on-year to 84.7 trillion won last year. The figure marks the lowest since 2014, when the value amounted to 84.1 trillion won.

The ELS and DLS are designed to track the performance of underlying assets, usually a mix of different equities or derivatives. These high-risk, high-return products do not guarantee a minimum return equal to the investor’s initial investment.